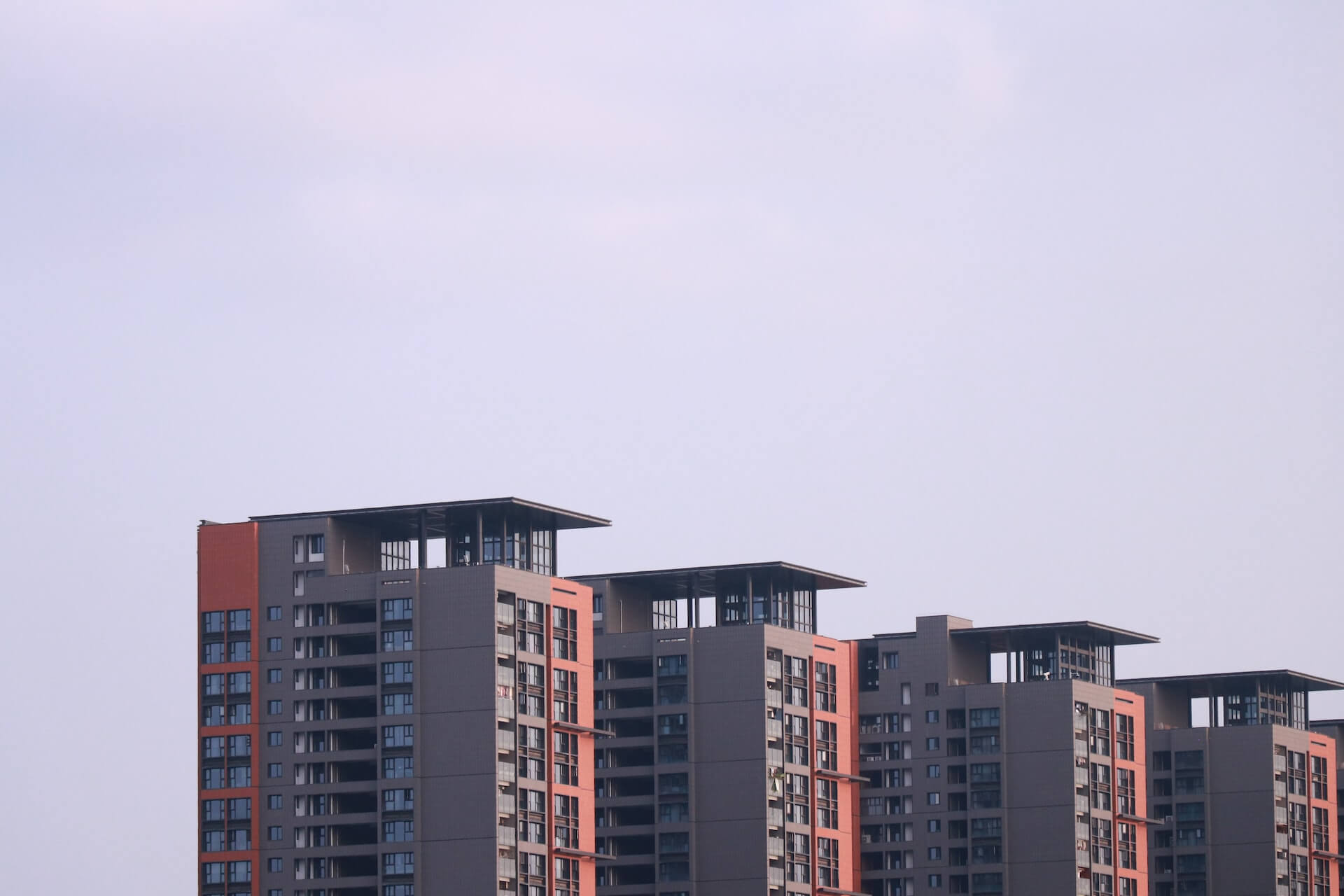 Aerothermal energy is one of the most efficient ways of heating entire buildings using very little energy due to its extremely high efficiency and performance. It is no wonder that administrations are installing it in their premises and are trying to export it to residential sectors and even entire buildings. This is how aerothermal energy works in cities.

What is aerothermal energy?

Aerothermal energy is the process by which a heat pump extracts thermal energy from the ambient air, and the technology and machinery used to achieve this technological milestone. Aerothermal energy is one of the most efficient heating systems that exists. So much so, that it was considered a renewable source of energy by European Directive 2009/28/CE.

How does aerothermal energy work?

Basically, an aerothermal heating system consists of a heat 'conveyor belt' using a gas refrigerant that captures heat from the outside and transfers it inside in winter (heat mode) and the reverse in summer (cold mode). The following simplified circuits show both modes. 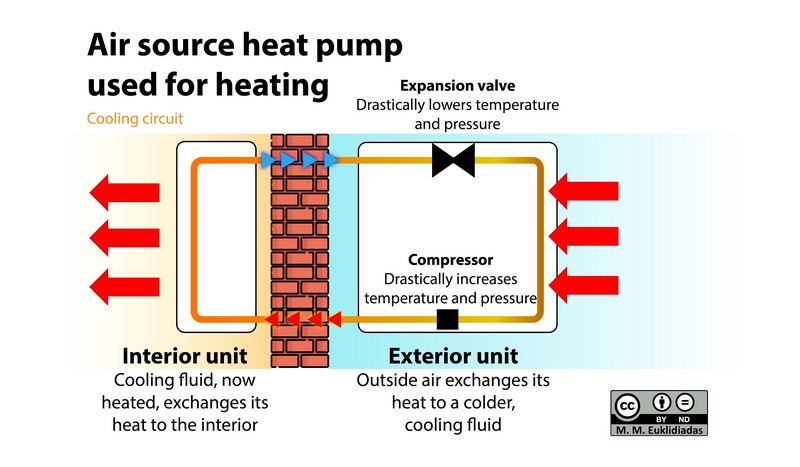 Although with a drop in efficiency, it works in very cold and very warm climates thanks to the fact that the expansion valve and compressor help to artificially increase or decrease the termperature and pressure of the refrigerant. 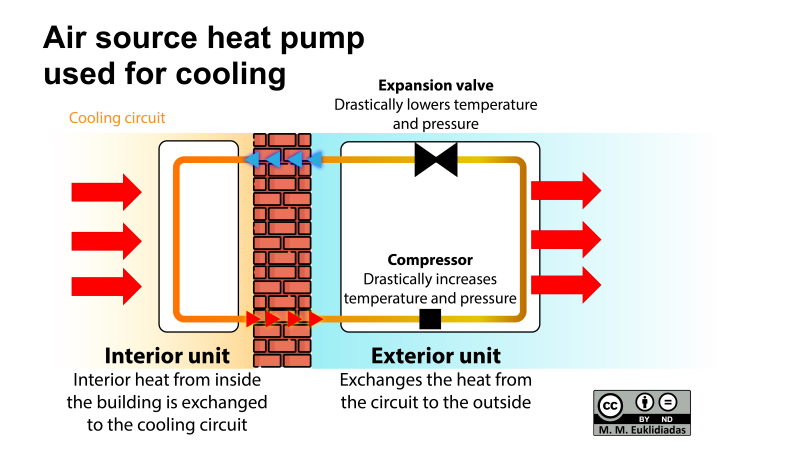 Aerothermal energy devices, which are efficient even in 1x1 configurations (one outdoor unit and another indoor unit) for domestic and private use, are even more efficient and their impact decreases even further, when they are installed in entire buildings, because their resources are used more efficiently. 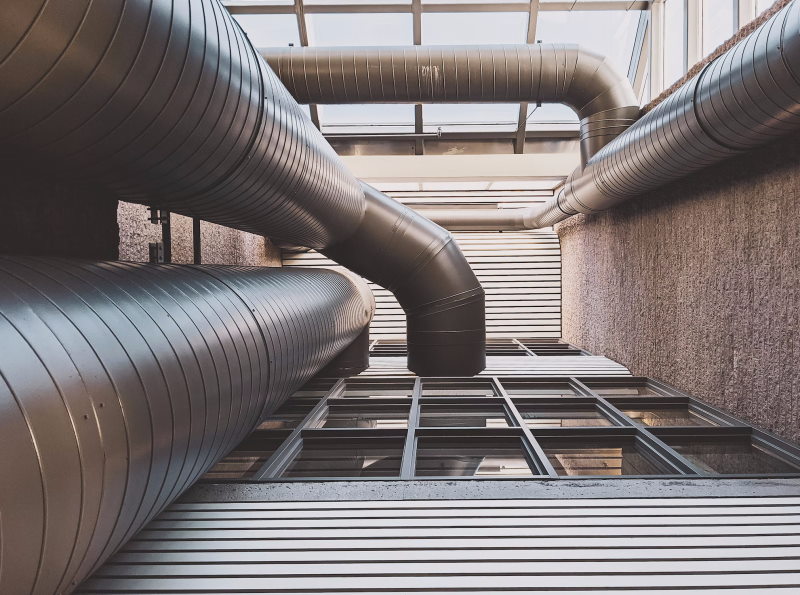 District heating is not a particularly new system. District heating for public baths dates back to the 4th and 2nd centuries BCE, although the first case of urban heating, as it is understood today, was first used in 1332, when the village of Valois in Chaudes-Aigües (France) designed a heat network using firewood for dozens of homes.

Today, the city of New York uses an urban steam system for heating, Moscow has been using it for decades in its districts and in Madrid, it is used in the University City. The problem with district heating is that it uses fossil fuels or biomass, with their respective CO emissions. Can it be done with aerothermal energy? Yes it can.

China recently presented the District Cooling System, a cooling system for public buildings, office buildings and public areas in the district of Qianhai, in the city of Shenzhen. It is an aerothermal heating system but on a larger scale than an industrial one, which is extremely efficient, not just from an energy perspective when in operation.

One of the advantages of community aerothermal heating systems compared with private or individual systems is that they avoid technological and electronic waste, because they use the materials employed to make the devices more efficiently. Each cooling center replaces hundreds, if not thousands of air conditioning units.

District heating using aerothermal heating systems, which will include public buildings and office buildings, can be used together with mixed urbanism: living above an office means getting home and being able to enjoy some residual heat.