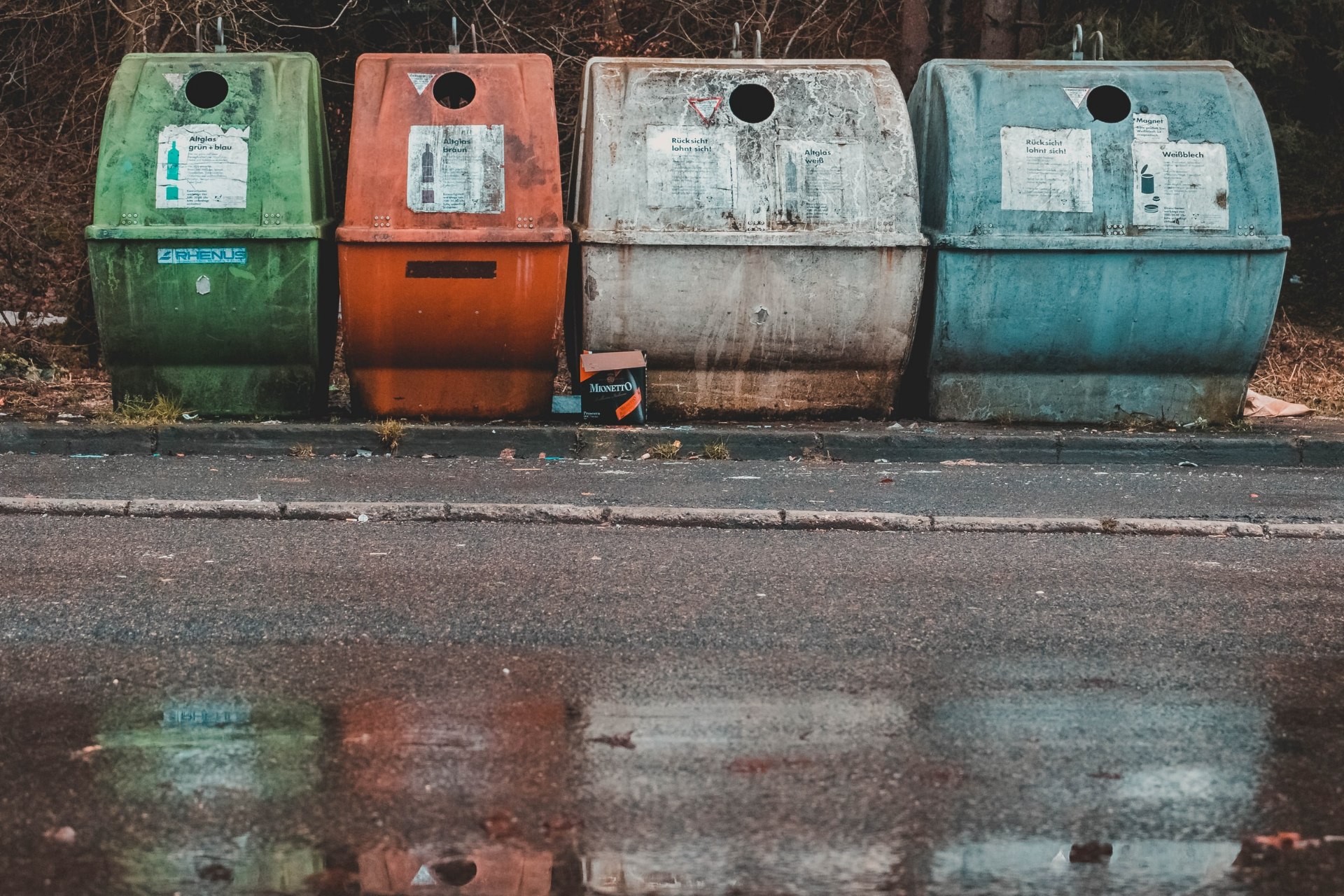 The world generates 2.1 billion tons of solid waste annually. Worldwide, the waste generated per person per month averages twenty kilograms. However, only a small percentage of that waste is recycled. Specifically, 16%, barely 323 million tons.

Not all countries generate the same amount of waste. The United States, for example, generates three times the global average of waste. However, German citizens throw away ten kilograms of waste per month. This is not only half the world's waste generation per capita, but it is also 50% less than the amount the country generated in 1985. This has been achieved thanks to an efficient waste recycling system rated as the best in the world.

How does the German recycling system work?

In the 1990s, the use of refillable glass bottles began to drop, falling to below 72%. This drop, which had a direct impact on waste management processes, since the system had to deal with a vast number of single-use containers, led the country's authorities to introduce legislation for waste management and implement an innovate waste collection model in which citizens played a key part. 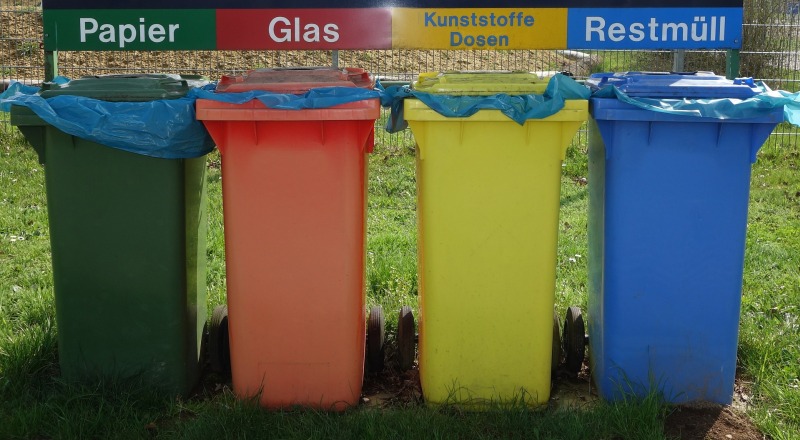 The German recycling system uses six different bins classified according to a color system, which tells users what kind of waste they can put into each of them.

The yellow is for plastics, the blue for paper and cardboard, the white for clear glass, the brown for colored glass, the green for green glass and a sixth bin for food waste and organic matter.

Although the effectiveness of the system is undeniable, the involvement of citizens has been key to its success, with citizens having to separate their waste with great care. For example, contrary to what may seem logical, cardboard pizza boxes cannot be placed in the blue bin because food scraps can obstruct the machines in the recycling plants.

The same applies to potentially hazardous products. Batteries, light bulbs and fluorescent tubes cannot be placed in any of these bins and must be taken to special recycling points. In short, too many requirements which, sometimes, discourages users.

Known as the Pfand system, this is a small extra cost applied in the form of a "deposit" to the sale of bottled drinks. This deposit is refunded once users return the empty bottles to the food store or automated machines, which are designed to accept and compact these bottles.

Even when citizens think it is not worth the effort of recycling to recover this money, which ranges between eight to twenty euro cents, the authorities have installed containers in the busiest areas of the city, where people can leave the bottles to be collected by the more vulnerable members of society. This enables these people to obtain a small sum of money by recycling the bottles, while also dissuading them from searching through the bins for bottles. 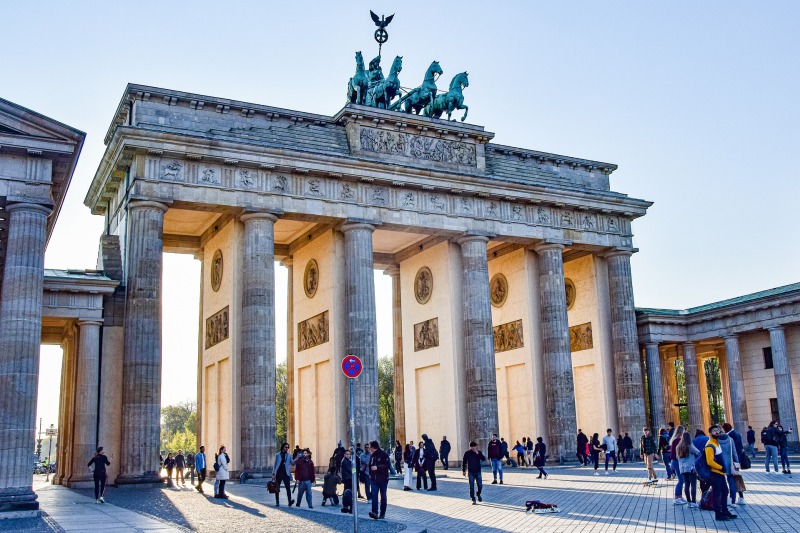 Is recycling mandatory in Germany?

As in other countries, placing waste in public spaces without permission constitutes an offense and may lead to the imposition of an economic fine in Germany. The same applies if a citizen is found inserting waste into the wrong bin.

A series of obligations have also been established in terms of recycling and although an economic fine will probably not be applied if they are not met, they are equally inconvenient. For example, the use of certain types of homologated bags based on size and color to dispose of waste, or respecting waste removal times.

If these requirements are not met, waste collection operators do not have to collect the waste, therefore, users will have to keep their garbage at home until the next collection date, causing significant inconvenience.

These obligations are even stricter for companies, which have to register with an official registry, which entitles them to have their waste collected by public services. If they do not fulfil this requirement, they may receive a fine. 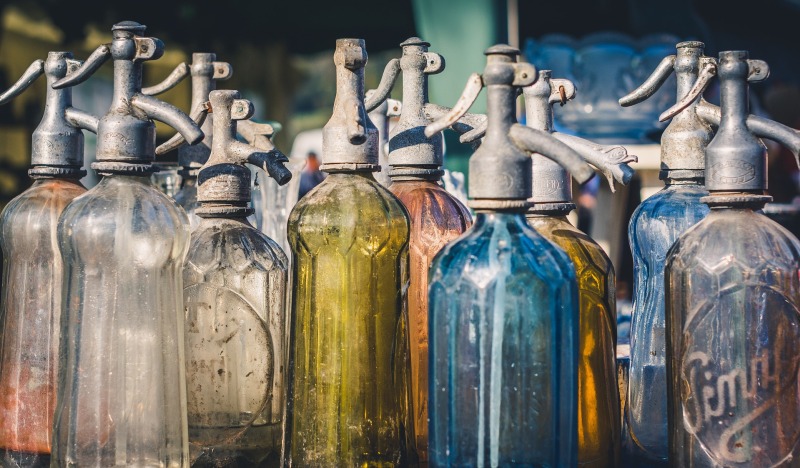 What is the recycling rate in Germany?

The solid waste recycling figures in Germany are the highest in Europe. However, Norway is now threatening to knock Germany of the top spot which the country has enjoyed for years, with the introduction of even stricter laws than in Germany. Among other aspects, the Norwegian authorities have imposed a higher tax on producers of plastic bottles than other industrialists, however, they can benefit from tax exemptions if they recycle a specific percentage of the bottles they have manufactured.

In any event, with both the German model and the Norwegian model, it is important to differentiate between the recycling rate and the collection rate. While the percentage of reusable bottles placed in the German collection machines is 97.9%, the percentage used to produce new bottles is much lower.

The reason for this discrepancy is not due to problems relating to waste management by the Germany authorities, but rather the specific details of the actual recycling process: in order for plastic bottles to be opaque, they can currently only contain 28% of plastic from other bottles.