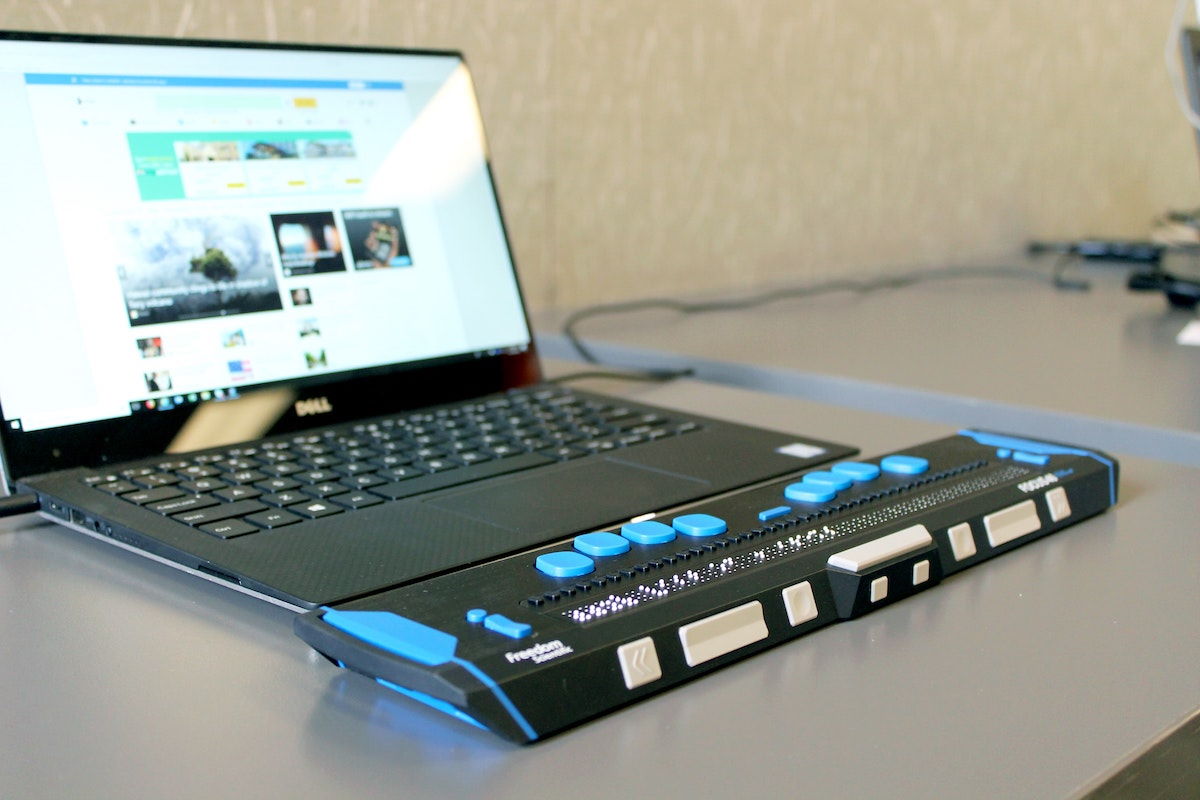 January 4th is World Braille Day, the aim of which is to raise awareness of the need to improve the lives of persons who are blind or partially sighted. Technology enables this touch reading and writing system to be optimized, facilitating useful applications for day-to-day life in our cities.

Louis Braille lost his sight as a child, while he was playing in his father's workshop. But this accident did not prevent him from contributing to society. On the contrary, even as an adolescent he invented an alphabet that enables blind people to read and write.

Technology has also become a great ally of Braille. There are innovative proposals and interesting uses for devices capable of improving the lives of persons who are blind or partially sighted.

What technology is available to blind people?

There are around 1.3 billion people living with some form of visual impairment, and around 36 million of them are completely blind. These figures provided by the WHO reflect the importance of our cities adapting to them and improving their quality of life. And smart technology offers the perfect opportunity to fulfil this intention.

Studies show the strong correlation between the ability to read Braille and a higher level of education. Leading organizations such as the Spanish Braille Commission, belonging to the ONCE (the Spanish National Organization of the Blind), confirm that it also provides "a specific value". The integration of this important sector of the population is being studied because, as the so-called 'digital revolution' is based on screens, it does not seem to have reached everyone in the same way.

However, all is not lost. There are a whole host of innovative projects trying to revert this situation, making the most of the potential of existing technology. From wearables to 3D printing, together with an endless number of applications for mobile devices or developments involving well-known instruments such as the white cane.

Throughout history, Braille has integrated itself in our cities through its inclusion in everyday objects such as notes or coins, bus shelters, button panels in elevators and packaging of food products, medications or kids' games. Far from being 'old-fashioned', for media such as the New York Times, Braille has the chance to bloom again in this new digital era.

Technological devices based on this alphabet are being constantly updated, and artificial intelligence could play a decisive role, as illustrated by the support of tech giants. For example, in 2018, Microsoft launched the AI for Accessibility project, with a budget of 25 million dollars and the aim of making its technology available to people with disabilities.

Examples of technology for blind people 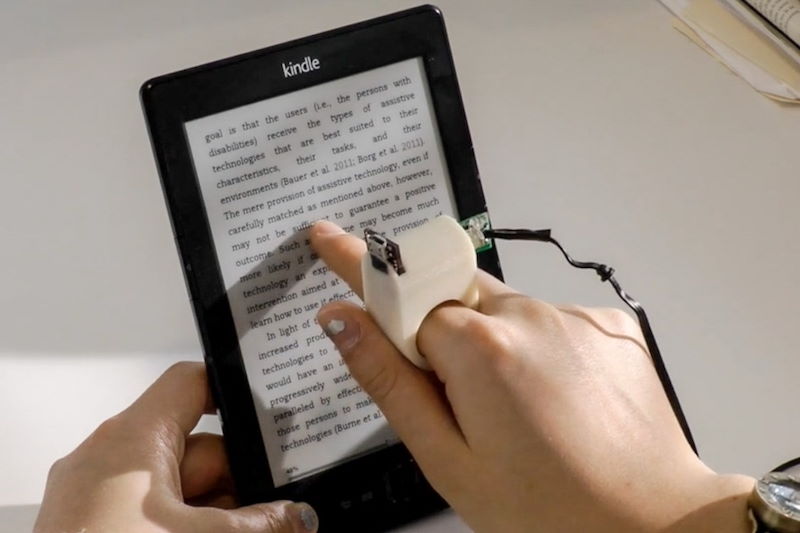 Many of us learnt to read by running our finger across the page to keep track of where we were. This intuitive habit is transferred to the digital world with Finger Reader, the ring that identifies words on a screen. This device created at the MIT Media Laboratory uses an algorithm capable of interpreting the text and then reading it aloud.

Applications such as Microsoft Soundscape build a meticulous audio map that informs visually impaired people of what is around them as they walk around a city. Sound beacons and synthesized 3-D stereo sound recreate layers of details and context.

In the form of a large handheld magnifying glass, it enlarges the screen size and enables, for example, a more universal access to the catalogue of municipal libraries. There are several types, among them handheld ones, enabling them to also be used in adapted reading environments at home and outside. They can also be accompanied by a sound reading software.

Many blind people retain a certain degree of sight, although this is limited to the perception of light or movement. Oxford University has developed smart glasses that use a camera system and specially designed software for the visually impaired to identify nearby objects and avoid potential obstacles, boosting their residual vision. The same idea is behind the Orcam MyEye 2 glasses, that easily fix to a magnetic mount attached to the sidearm, or the Spanish project EyeSynth.

There are devices that allow Braille characters to be reproduced in real time. This functionality can also be added to computers or smartphones with external devices, but options such as Blitab, a Braille tablet using a liquid-based technology providing tactile relief, are particularly interesting given their portability.

There are also those who design sensory-based environments, by applying textures and the appropriate contrasting colors for buildings. We also need to see more accessible solutions such as tactile tourism maps or information centers and signage points outdoors equipped with Braille characters or raised tactile letters. This also applies to the private sector. For example, most major banks have ATMs with Braille keypads and audio guides.

With the specific aim of preventing accidents among visually impaired individuals and older people, in Europe it is now mandatory for electric vehicles to make a noise when travelling at low speeds and when reversing. But there are many other interesting proposals.

For example, Do Watch, the Braille smartwatch. The WhatsCine app adapts movies to formats suitable for blind people. WeWalk a smart cane equipped with Google Maps and speakers. The Foresight Augmented Reality Bluetooth beacons act like highly precise, personalized guides, and we cannot forget the many examples of urban guides for blind people developed by different municipal and state organizations.

In short, this illustrates that there are more options available than tactile paving tiles to guide blind people.

Images | Elizabeth Woolner on Unsplash, Finger Reader by the MIT