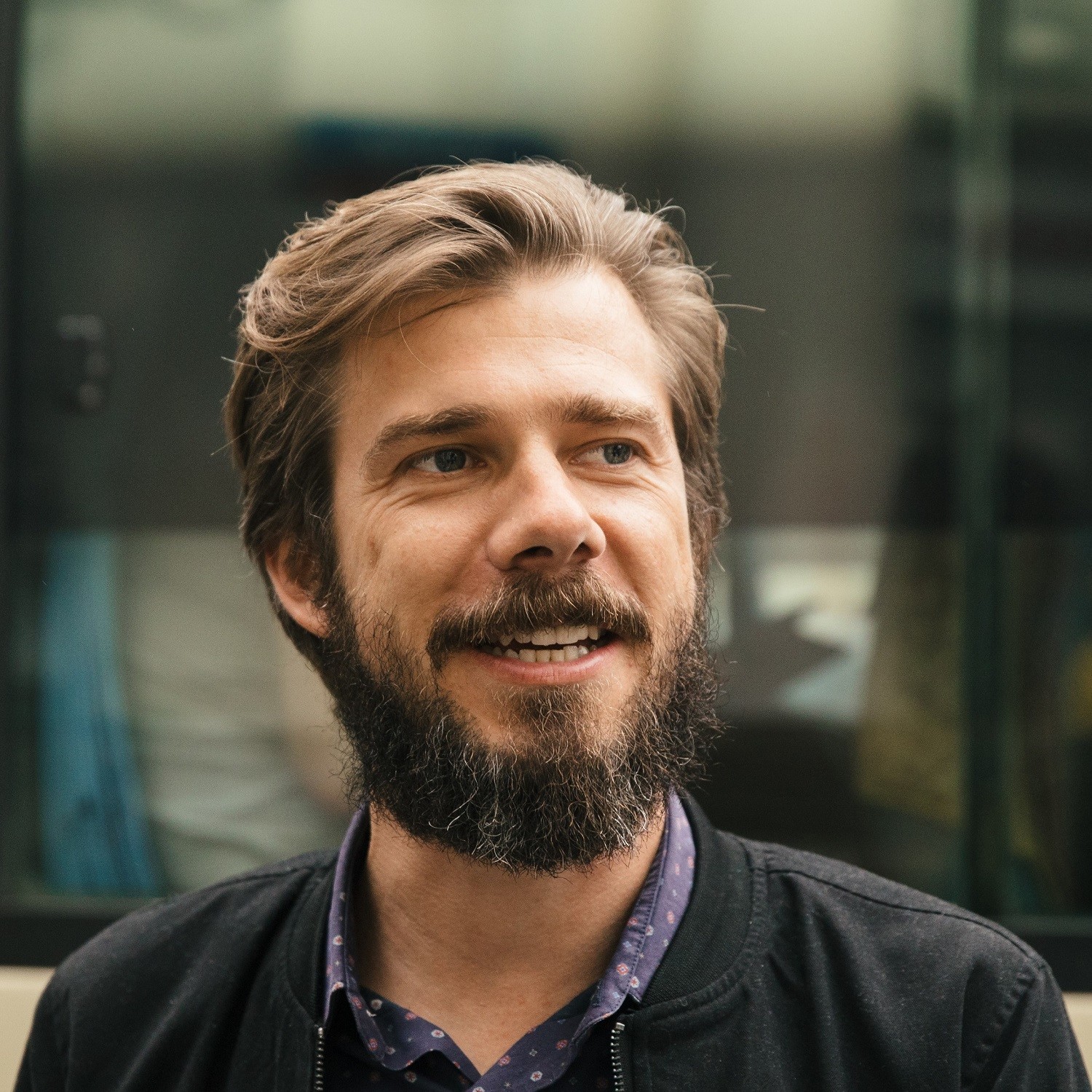 Pontus Westerberg is the Program Management Officer for the UN-Habitat Global Space Program. Under his leadership, the Block by Block program has been launched, which uses a popular block building video game so that people can redesign their ideal cities, providing ideas “at street level” for urban planners. More than just a fun initiative, his concept has been implemented in over 50 projects in 30 countries since 2012 and Westerberg has organized Block by Block workshops in Kenia, Madagascar, Niger, South Africa, Mexico, Philippines, Nepal, Vietnam, Kosovo and Ecuador. He has also presented Block by Block at events around the world, including the Games for Change Festival, the Sensitive Cities Conference, Habitat III, The Impact of Civic Technology, Aldea Digital, MINECON and Made in Space, which he detailed during his intervention at the Smart City Expo World Congres.

We chatted with him about the challenges cities are facing, particularly cities that are already built and how technology can help them to tackle these challenges.

What are the main challenges cities are facing in order to be both socially and environmentally sustainable?

It is hard to generalize because there are many different types of cities. We have places like Africa or North America, which have marginal districts, with poor-quality houses. Many of them have transport networks with a lack of public resources. Cities designed mainly for use of private vehicles. Others are related to lack of public or green spaces or to unused private spaces.

There are many challenges, but all of them are essential for sustainability. Many cities have the potential to resolve some of the problems. For example, the climate crisis. Cities are responsible for 27% of emissions, but also for a large part of the economic growth. If we design cities properly, we will be helping to resolve, for example, environmental problems.

How can this be achieved?

One of the key aspects is the density of cities. If you compare New York with Dallas or Los Angeles, there are significant differences. In New York there are vast distances, but it has public spaces, where you can use public transport or cycle or walk. Los Angeles, on the other hand, is designed to use private vehicles.

There are 5 principles for sustainability from the point of view of the design and planning of cities and they are established in a United Nations report, UN System-Wide Strategy on Sustainable Urban Development.

"But what I find most interesting is how similar people are. When you work with adolescents, for example, they are remarkably similar in any part of the world."

Can it be applied to cities that are already built?

That is precisely one of the problems: redesigning cities that are already built. It is difficult to redesign them. That is why it is so important to design them well right from the start. The fact that cities are going to grow so much in the coming years is coupled with the fact that at least half of them that are already built are badly designed. It is complicated and expensive to adapt, but there are plenty of opportunities to do so properly.

Cities need to focus on three aspects: good planning (to meet all the requirements, including those of the most disadvantaged communities), a good work environment for the government and good financial resources.

Can technology be used to tackle these challenges?

There is plenty of money and knowledge in the technology sector, however, they seldom get the chance to speak with those responsible for designing and maintaining cities. We have to get them to come together. We want technology to be a basis for this vision of cities. Technology is not an external aspect, rather it is integrated in cities, not just in administrators, but in people too.

Smart cities are sometimes molded by young people who adapt quickly to change. But how can we avoid leaving the elderly and disadvantaged communities behind?

Technology offers great potential and we can see some really good applications such as Block by Block. But the truth is that at the beginning of the new millennium, we hoped that new technologies would be more democratizing, that they would do away with the barriers between the rich and poor, and that has not happened. And digital gap reports have been highlighting the fact that the differences are not just not being reduced, but they are increasing Almost half the world has no Internet access. We need to think about what happens when technology is not available and what peoples’ requirements are.

""We build neighborhoods in Minecraft and we issue a consultation procedure for people living in those areas to design and submit their ideas for the decision-makers. ""

You mentioned Block by Block, an initiative that is using Minecraft to resolve some of these issues. How is UN Habitat using it?

It is a collaboration between UN Habitat and Microsoft. We use Minecraft (one of the most popular video games) as public participation to co-create quality public spaces and to tackle important challenges. We build neighborhoods in Minecraft, a 3D Lego, and we issue a consultation procedure for people living in those areas to design and submit their ideas for the decision-makers. We then take those ideas as crowdsourcing entries and in real creation processes.

We have developed around one hundred projects in 35 countries and various ideas have come to fruition. 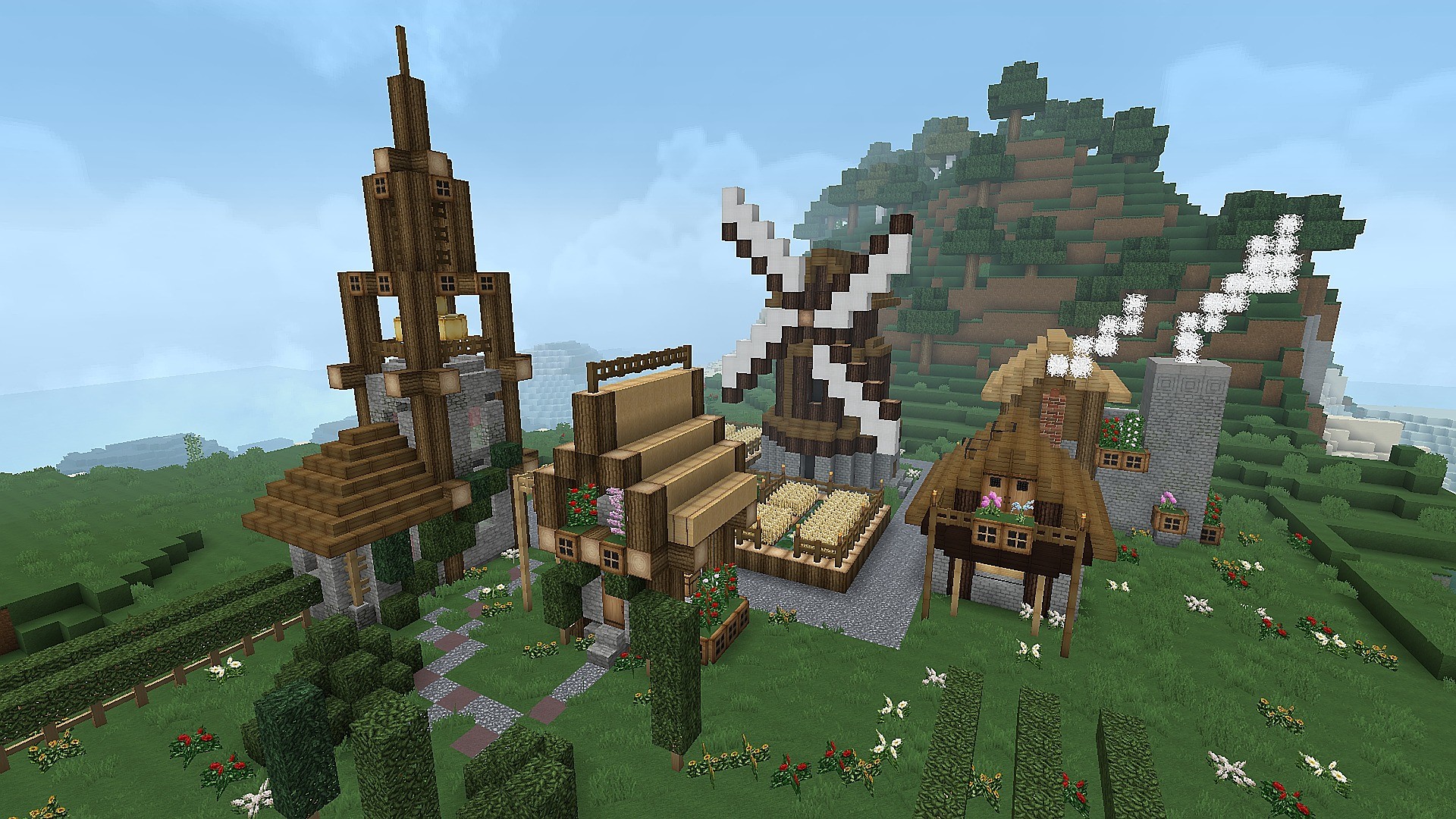 What are the difficulties in making these ideas a reality?

The Minecraft blocks are closed, so you do not have the option of seeing details, but as it has layers, you can get an idea of what you need in the public spaces, services. That allows you to test things simply and so architects can see the Minecraft ideas and translate them into something more professional.

The hardest thing is getting architects to take these ideas seriously, because often they belong to children or disadvantaged communities. Minecraft is a video game and the blocks make you be creative. Therefore, one of the most important aspects if for professionals to take this seriously and to see the value in letting the people who live in the actual places offer their own solutions to the problems and see the process they follow to get to those solutions. furthermore, solutions such as AutoCAD are expensive and difficult to learn, while Minecraft is simple and that is why it is so powerful, because it democratizes design.

""But what I find most interesting is how similar people are. When you work with adolescents, for example, they are remarkably similar in any part of the world.""

Have you noticed any intercontinental differences in the use of Block by Block?

We often see differences in terms of peoples’ expectations regarding the use of public spaces. Not just by topology. But what I find most interesting is how similar people are. When you work with adolescents, for example, they are remarkably similar in any part of the world. When asked, everyone is greatly concerned for their neighborhood and its residents. Yes, there are considerable differences in terms of technical knowledge, depending on regions. In Africa, they have less contact with computers than in Asia or America, and that means it takes longer to do these projects. What in some places may take one hour, in Madagascar it may take one day.

But it is incredible to see how these people, who had never touched a computer before, in just half a day, are capable of expressing themselves and reflecting their ideas in Minecraft.

Exactly. It is an essential part of everything we do. It is vital to focus on the people that are really going to use that infrastructure.

Barcelona’s strategy to drive the 2030 Agenda in the city
Bournemouth, Christchurch and Poole: cities become smarter by forming smart regions
Pablo Soto, regional representative of Transparency and Participation in Madrid: “Technology should be used to enhance institutions”
Metropolitan governance: extending municipal governments as a response to new urban challenges
How to go from being a town to a Smart Town
The G20 creates the Global Smart Cities Alliance to establish universal norms and guidelines for the implementation of technology
Paul Duan, co-founder and President of Bayes Impact: “We should trust in the power of the multitude”
Open government and citizen participation: a journey through history - Infographic
Pontus Westerberg, UN-Habitat: "People need to be allowed to offer their own solutions to the problems in the places in which they live"
How and why do cities die?
Digital natives, technological illiterates?
New COVID-19 outbreaks: this is what the hammer and the dance will be like
Citizens policing our streets: is it lawful to report the inappropriate use of cities?
Smart cities that failed along the way
Can technology foster democracy?

Welcome to the Smart City Live!
What makes a city attractive to talent?
Imec: Open digital twin framework
x-tention: Towards post covid-19 smart tourism
Arca: Wave control for better health
Smart Buildings: Enabling reliability and resilience for a better future
DMAP: Unlocking the power of transportation analytics
These were the urban utopias that preceded us - Infographic
Medellín: data and infrastructures in contrast to its troubled past

2030 Agenda and Urban Agenda for Catalonia: from Strategy into Practice
How smart cities are contributing to the UN Sustainable Development Goals

From Crisis to Opportunity: Transforming European Cities in the COVID Era

Cities as Testbeds for Innovation

CIOs as linking pins: bridging IT and European digital policy for smart cities

People-focused Smart Cities: Urban Digital Transformation Working for the Benefit of All