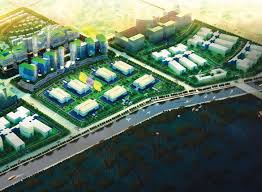 Bengaluru, the capital of India's southern state of Karnataka. For the rest of the world, it may be the country's version of Silicon Valley and a bustling South Asian economic hub. For many, it is still the Garden City, with memories of weekend hangouts at Bangalore Club and Cubbon Park, shopping at Brigade Road or Commercial Street, savouring delicious South Indian cuisines and of course, the celebration of all festivals with the vibrance of the rich Indian heritage.

With the foundation of the modern-Bengaluru laid on Deccan Plateau in the mid-1500s, the city had always been the melting pot of cultures and ideas. Its pleasant climate and commercial prospects have captured the imagination of all including the British who considered the place to be Little England. But even post-independence, the city's urban momentum continued attracting businesses, government institutions and research establishments alike. But perhaps among all of India's economic nerve centers, Bengaluru has been most successful in latching on to the global IT boom, transforming the metro from a Pensioners' Paradise and a Garden City to a high-tech IT conurbation within a few decades.