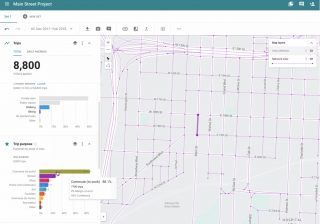 A data project billed as the “next generation urban planning tool” that involved over two years of negotiations between Metro, TriMet, the City of Portland, and Google-owner Alphabet has crashed-and-burned.

On Saturday, Red Tail Media reported that a contract between Metro and Sidewalk Labs to develop the Replica tool for regional use been officially terminated. “A city tech project in Portland with the Sidewalk Labs spin-off leads to accusations, data disputes and ‘damaged trust'” reads the headline, which was then picked up by the BBC on Tuesday.