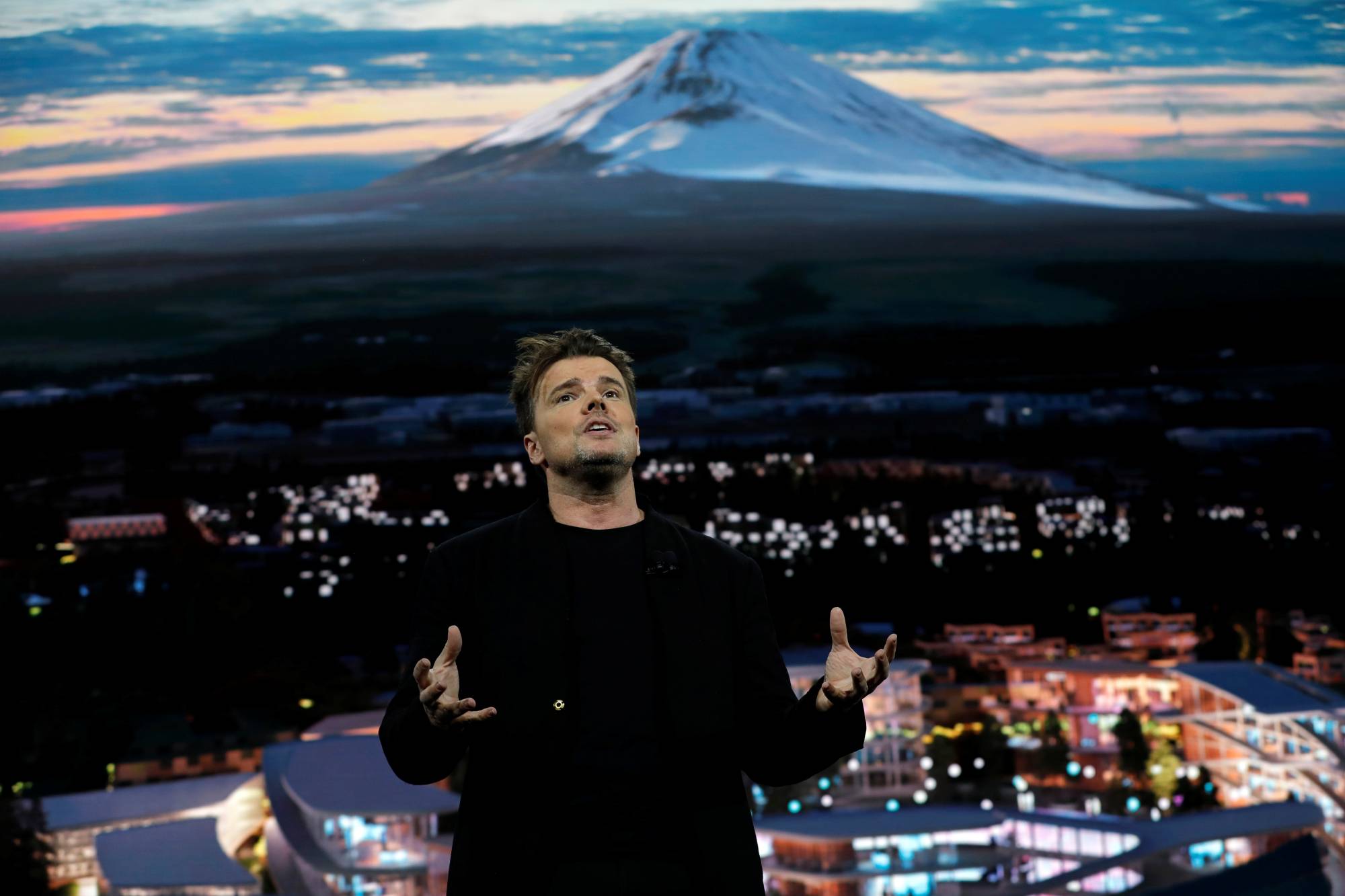 Toyota Motor Corp. on Tuesday held a ground-breaking ceremony for a smart city at the foot of Mount Fuji as a testing ground for new technologies including robotics and artificial intelligence.

About 360 people including Toyota employees will initially move to the so-called Woven City to be built at the 70.8-hectare former Toyota factory site in Susono, Shizuoka Prefecture. It will be powered by electricity from fuel cells, which derive power from a hydrogen-oxygen reaction, in addition to solar panels.

Its population, including Toyota group employees, is set to increase to over 2,000.

Toyota describes the city — run with partner companies such as telecommunications giant Nippon Telegraph and Telephone Corp. — as a "living laboratory" where it will test autonomous vehicles, personal mobility, robots, smart homes and artificial intelligence in a real-world environment.